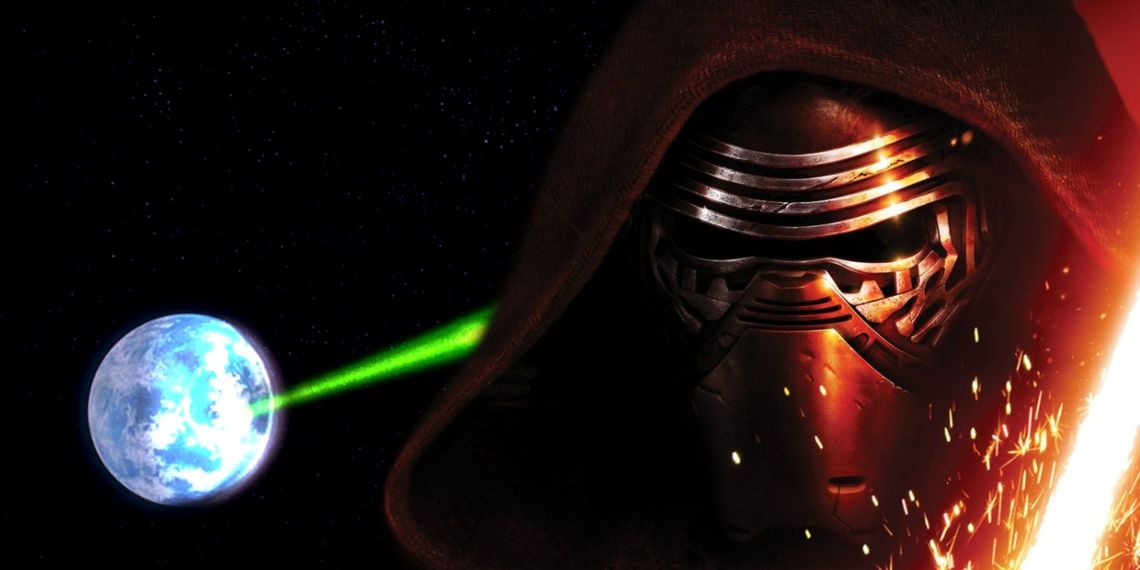 The destruction of Alderaan was one of the most tragic moments in the entire Star Wars mythos, and, in fact, marked the official start of the Galactic Civil War–though one target of the sequel trilogy’s Starkiller somehow made that moment even more heart-wrenching.

Starkiller Base is a military base located on Planet Ilum that was created and operated by the First Order. Starkiller was less of an outpost located on a planet than it was a giant weapon made from a planet. Starkiller is essentially a super Death Star, and instead of being a fully-artificial station floating through space, this one uses the resources of an entire world to power its super-laser–one capable of destroying multiple systems at once with a single blast, and from half a galaxy away. While Star Wars: Episode VII – The Force Awakens showed Starkiller in action, the devastation it wrought in the film is nothing compared to what it was used for in one Star Wars continuation comic, as it put the final nail in Alderaan’s coffin in the most twistedly sadistic way possible.

In Star Wars: Age of Resistance – General Hux by Tom Taylor and Leonard Kirk, General Hux and Kylo Ren have found themselves marooned on a far-off planet after one of the mechanics working on Hux’s ship sabotaged it in an attempt on his life. The ship failed and crashed down on a primitive planet with only one known human inhabitant, a man named Bylsma. What’s significant about this man is that he is one of the last known survivors of Alderaan after the Empire destroyed the planet in Episode IV. Bylsma was off-world at that time and eventually found his way to this planet where he lived his life in simple harmony with the wild beasts he made his friends, and the abundant plant life surrounding him. Bylsma was happy, but he carried a darkness with him at all times, a fear that one day the Empire would find him and destroy his new home the same way it destroyed Alderaan–and in a way, his greatest fears became a reality.

General Hux Didn’t Just Kill the Last Son of Alderaan, He Tortured Him

When Bylsma found Hux and Kylo lost in the woods, Ren was unconscious and Hux used his wit and charm to make friends with Bylsma to keep the man from killing them on the spot. After Hux deduced that Bylsma was originally from Alderaan, he told him that the Empire had fallen and that Darth Vader and the Emperor were long-dead. Not only that, but he revealed that Kylo Ren was the son of Bylsma’s former princess, Princess Leia, which made the man trust them even more. Reluctantly, Bylsma allowed his new friends to use his communicator to call for help–something he had been far too scared to do for decades, though Hux kindly reassures him that everything will be fine. Afterwards, when the rescue ship arrives for Kylo Ren and Hux, a team of Storm Troopers led by Phasma kill Bylsma’s animal friends right in front of him while Hux and Ren board. Hux then tells Phasma to keep Bylsma alive before turning to the old man and telling him that they will use this world as target practice for their new ‘Death Star’, Starkiller–leaving Bylsma in a fear and sorrow-filled shock, having to now face the very thing he’d been dreading half his life.

While Bylsma survived the initial strike on his planet, this issue shows that he will still suffer the same fate as his people, which–in a sense–is the final blow to Alderaan itself in a truly horrific way. Hux isn’t just killing someone who knows it’s coming but can’t escape or call for help, he’s also symbolically repeating the destruction of Alderaan by obliterating its survivor with his Starkiller–effectively redefining that pivotal moment in Star Wars history.

When For You We Are Demons Chapter 30 Release Date?