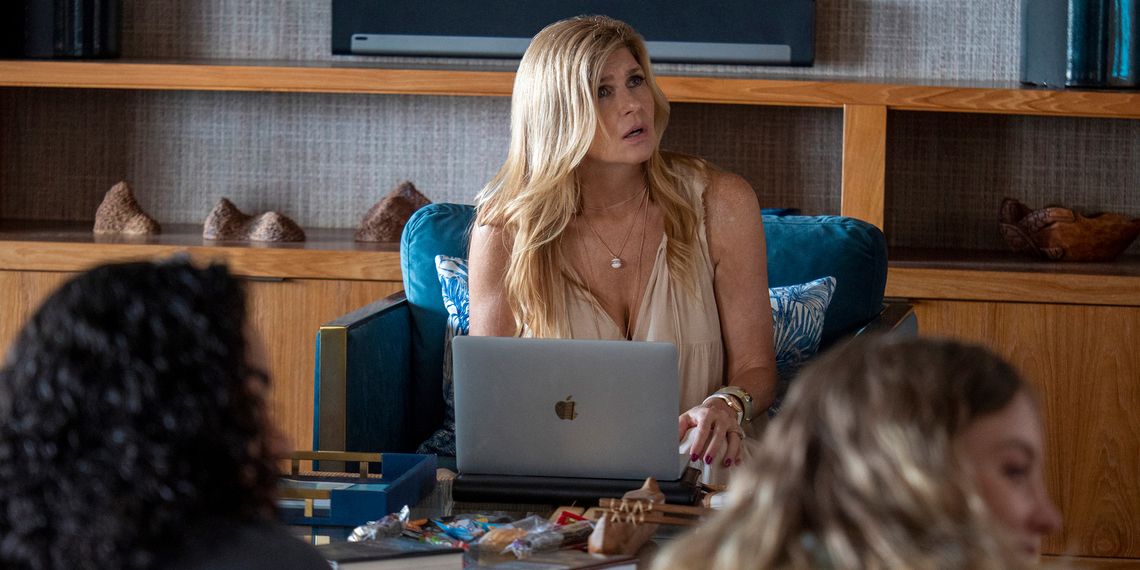 The White Lotus season 1 star Connie Britton responds to the Nicole and Abby sibling theory. HBO’s Emmy-winning anthology series follows the guests and employees of the titular resort chain, with season 1 set in Hawaii and the second season relocating to Sicily. Though Jennifer Coolidge’s Tanya and her husband Greg (Jon Gries) are the only two characters to appear in both seasons, this hasn’t stopped viewers from theorizing about potential connections between the seasons’ characters. One popular theory is that season 1’s Nicole Mossbacher (played by Britton) is the sister of season 2’s Abby, the estranged wife of Michael Imperioli’s Dominic, who Laura Dern voices during phone calls.

During a recent interview with Variety, star Connie Britton addressed the wild White Lotus theory. When asked about the possibility that Nicole and Abby might be sisters, The White Lotus star admitted she had not heard that theory before. Still, if true, she would love to return as Nicole in season 3 due to her admiration and creative relationship with the show’s creator, writer, and director, Mike White.

Could Nicole Return In The White Lotus Season 3?

The White Lotus season 3 has been renewed by HBO and is currently in the works, though virtually nothing is known for sure about its location, story, or characters. Mike White has hinted that season 3 will take place in Asia and focus on “death and Eastern religion and spirituality.” During the season 2 finale, one moment may have hinted at The White Lotus season 3’s location, as Meghann Fahy’s Daphne makes a toast during the group’s last supper in Sicily, saying, “Next year, the Maldives!”

Regardless of where the upcoming season is set, The White Lotus season 3 will likely feature some returning characters, similar to how Jennifer Coolidge’s Tanya acted as the connective tissue between the first two seasons. Because of the sibling theory, Connie Britton’s Nicole and Laura Dern’s Abby are two popular candidates to return in season 3 as traveling companions. There isn’t much evidence in the show supporting the sister theory other than Nicole and Abby being from wealthy families (which is true of almost everyone who stays at the White Lotus) and maybe the actresses vaguely resembling one another.

Connie Britton has made past comments revealing that Mike White wanted Nicole to return in season 2, citing an idea she loved, but after the casting didn’t work, now they intend to do it in season 3. While still unconfirmed, there are some strong hints that Connie Britton’s Nicole could return in the upcoming season. More will be revealed as The White Lotus season 3 progresses through production.

Movies to be released attractive to Military Audience in 2023

Evolution Fans cry over those Alvez and Garcia Flashbacks

Solo Sikoa Became a Mainstay of WWE TV with The Bloodline

Dancing with the New Champion Stars Crowns: “It Happens So Fast!”