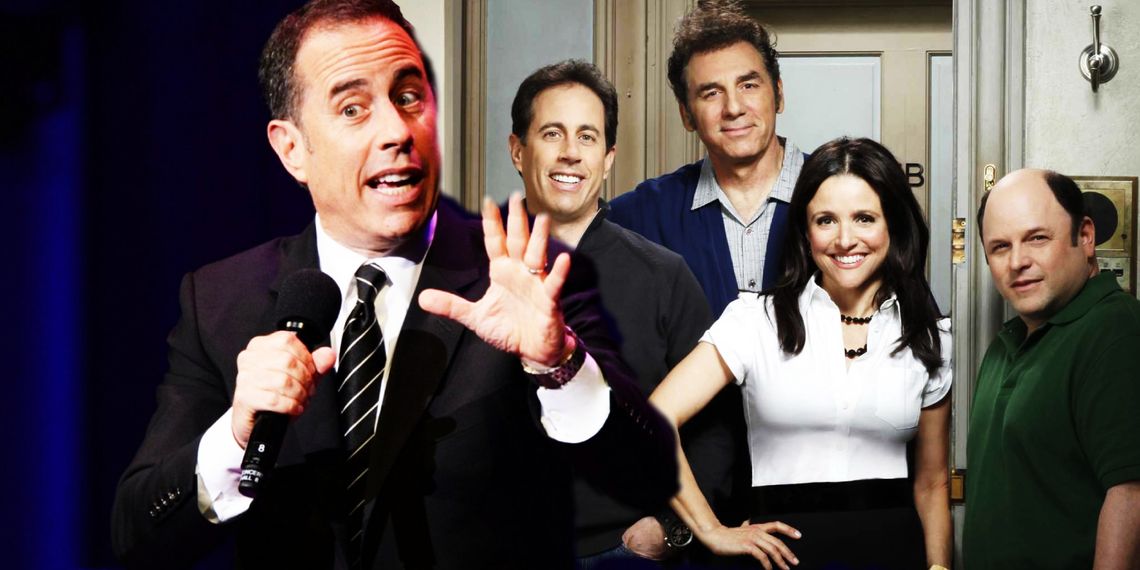 In a TV landscape populated by sitcom revivals, remakes, and reboots, viewers can rest assured that Seinfeld won’t be joining their ranks. Streaming services and TV networks have revived or rebooted a great deal of popular sitcoms in an attempt to entice subscribers and viewers. The trend arguably started with NBC’s Will & Grace revival in 2017 and looks to continue with the upcoming Frasier reboot due to land on Paramount+ at some point in the future. Given that Seinfeld is one of the most successful sitcoms of all time, it stands to reason that networks and streamers would be keen for more episodes.

Co-creator Larry David addressed this in Curb Your Enthusiasm season 7’s Seinfeld reunion through the show’s typical meta humor, essentially explaining why a revival would never work. As far as a Seinfeld reunion goes, that Curb episode is perhaps the closest audiences will likely get to a reboot. Similarly, Jerry Seinfeld hasn’t been interested in reviving the show, as he continues to have a hugely successful stand-up career while also producing Comedians in Cars Getting Coffee and working on his new Pop-Tarts movie for Netflix. Aside from Larry and Jerry’s other commitments, there is another big reason why there will never be a Seinfeld revival.

Why A Seinfeld Revival Isn’t Happening

Speaking about the possibility of a Seinfeld revival to ET Online in 2021, Jerry Seinfeld said that reuniting the cast for a Seinfeld reunion would seem sad. “It would seem like we couldn’t think of a new idea,” noted Seinfeld, who also dismissed the idea of a televised cast reunion like the recent Friends and The Fresh Prince of Bel-Air specials. As the co-creator and lead of the hugely successful sitcom, Jerry Seinfeld’s unwillingness to return to that world firmly nixes any potential revival or reboot.

While it’s certainly an appealing prospect to see how Jerry, George, Elaine, and Kramer would deal with a world of dating apps, social media, and WhatsApp groups, it’s probably for the best that viewers will never get to see that. As Jerry points out, sitcom revivals can seem incredibly sad, not just because the creators are going over the same ground, but because the characters themselves would appear to have never moved on. If viewers want to see how the Seinfeld characters deal with the modern world, then Curb Your Enthusiasm season 12, via the character of Seinfeld co-creator Larry David, is sufficient to offer a very good approximation of what that would look like.

The upcoming revival of Kelsey Grammer’s hugely successful ’90s sitcom Frasier could prove Jerry’s belief that sitcom reunions are sad. The upcoming Paramount+ project is due to pick up the story of Seattle-born psychiatrist Dr. Frasier Crane decades after the Cheers spinoff ended. However, there’s an increasing sense that the Frasier reboot is something of a vanity project for Kelsey Grammer, something that’s only emphasized by the absence of Frasier’s Niles Crane (David Hyde Pierce) and other members of the original Frasier cast.

Whether the absence of original cast members allows the Frasier reboot to stand apart and become an original show remains to be seen. However, Kelsey Grammer has attempted to get many sitcom projects off the ground since Frasier ended with shows like Back to You failing to have replicated the success of the Cheers spinoff. Going back to his most beloved character does feel like a shrewd move on the part of Grammer to revisit past glories, something that Larry David and Jerry Seinfeld have been very smart to avoid by refusing to reboot Seinfeld.

“Kids Vs Aliens” Comes to Theaters and VOD unrated in 2023

The first half of the Chinese animated fantasy “New Gods: Yang Jian”

Blake Shelton Announces Departure from The Voice After Season 23

The Witcher: Reveals the Truth of the Conjunction of the Spheres