(Left to Right) Daniel Craig as Detective Benoit Blanc and Janelle Monáe as Andi in ‘Glass Onion: A Knives Out Mystery.’ Photo: Courtesy of John Wilson/Netflix.

Opening in theaters on November 23 before premiering on Netflix on December 23 is the sequel to the box office hit ‘Knives Out,’ titled ‘Glass Onion: A Knives Out Mystery.’

Once again written and directed by Rian Johnson (‘Brick,’ ‘Looper,’ ‘Star Wars: The Last Jedi’), this sequel chronicles yet another mystery for the world’s greatest detective, Benoit Blanc (Daniel Craig), to solve.

When Blanc is accidentally invited to a “murder mystery party” being held on a private Greek island by tech billionaire Miles Bron (Edward Norton), he quickly learns that all of the other guests have close ties to Bron. But when someone is actually murdered, Blanc is ready to solve the case. 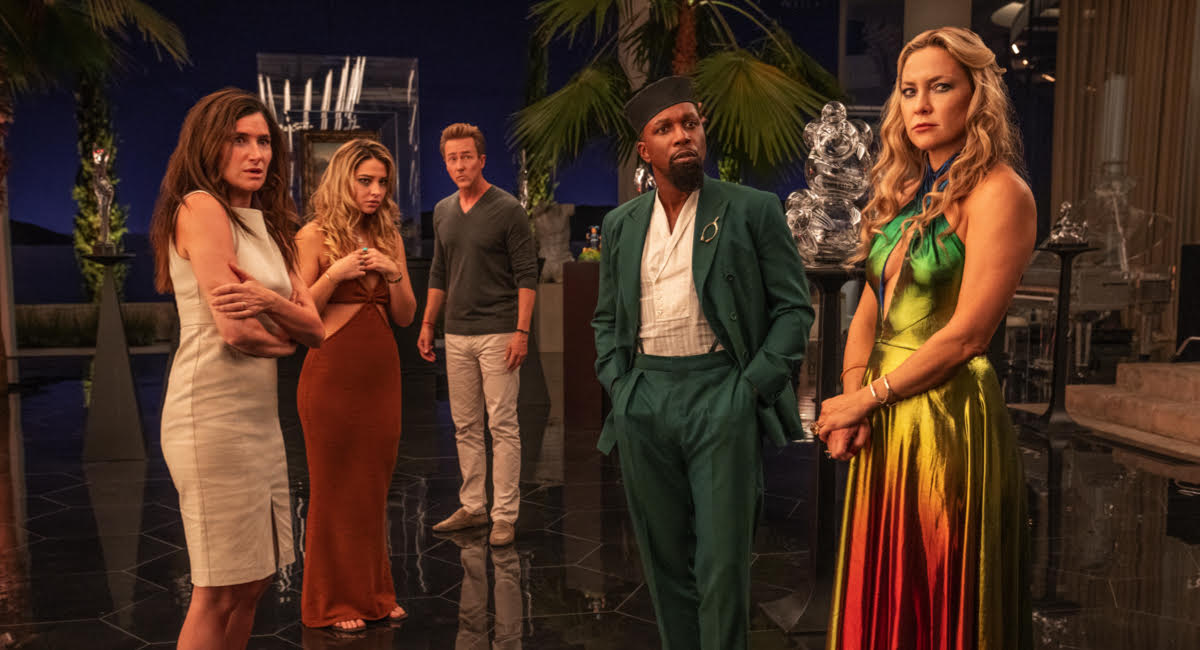 The result is a fun and hilarious sequel, which features great performances, gorgeous production design, and unpredictable twists, but relies too much on the original’s basic formula and features a cast of irredeemable characters.

Director Rian Johnson is a great filmmaker, as seen in his early films like ‘Brick’ and ‘Looper.’ At one time it seemed like he would be given the keys to the ‘Star Wars’ empire after his brilliant work on ‘The Last Jedi,’ but toxic fans ensured that would never happen. So, I’m glad he has found his own franchise with ‘Knives Out’, as Netflix is ​​already planning a third installment. 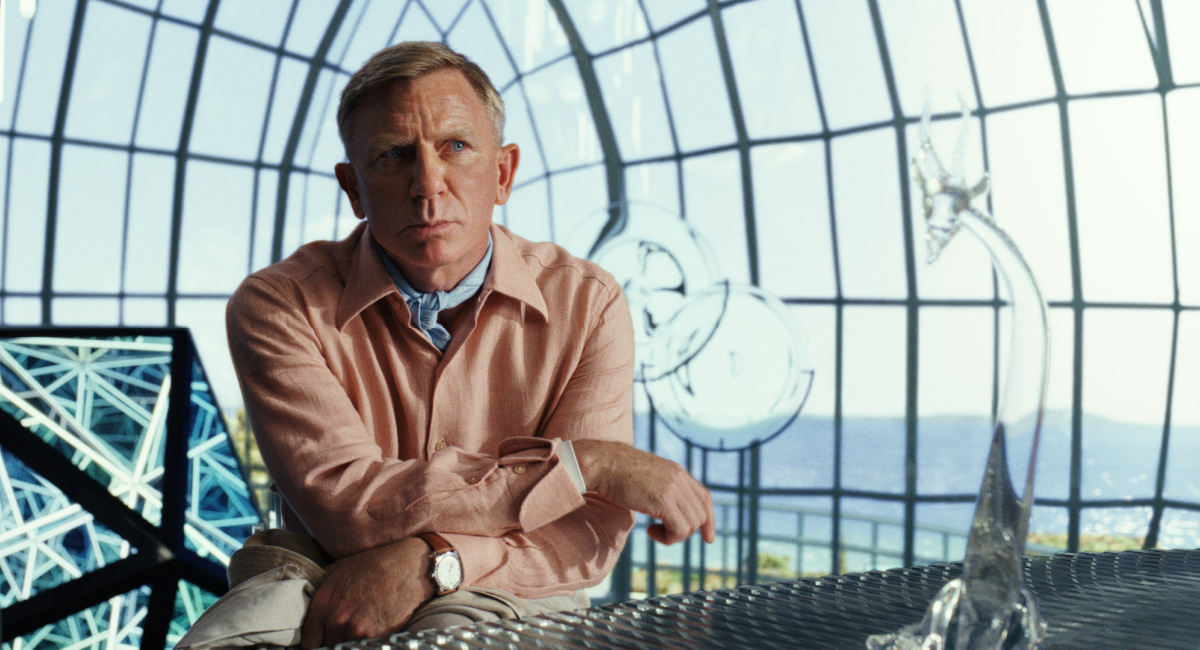 It’s also something of a renaissance for actor Daniel Craig, as finding a second franchise was difficult for many former James Bond actors, but Craig shines as comedic Benoit Blanc. Playing Sherlock Holmes, Hercule Poirot, Inspector Clouseau, Foghorn Leghorn, and Colonel Sanders, Craig has completely made the character his own and is outstanding again in the sequel.

In fact, the all-star ensemble of actors are all splendidly cast, and play out their personal public personas, whether accurately or not. Edward Norton, known for his dedication to his craft, plays the cocky and arrogant tech CEO. Kate Hudson, the “It Girl” of the early 2000s played a party girl and former model. Former Wrestler turned actor Dave Bautista plays a man who wants to be known for more than just his muscles. Meanwhile, Kathryn Hahn, who is known for her tough but funny character, plays a Marjorie Taylor Greene-type politician. The entire supporting cast is excellent and really bring their irredeemable characters to life on screen.

However, actress Janelle Monae’s performance is filled with potential spoilers, so I’ll just say that acting wise, the singer and actress must have had the most challenging role and really nailed it. He creates a very mysterious character, who is perfectly formed even though the audience doesn’t notice it until the end of the film. Monae’s performance drives the drama and forms the centerpiece of the film. 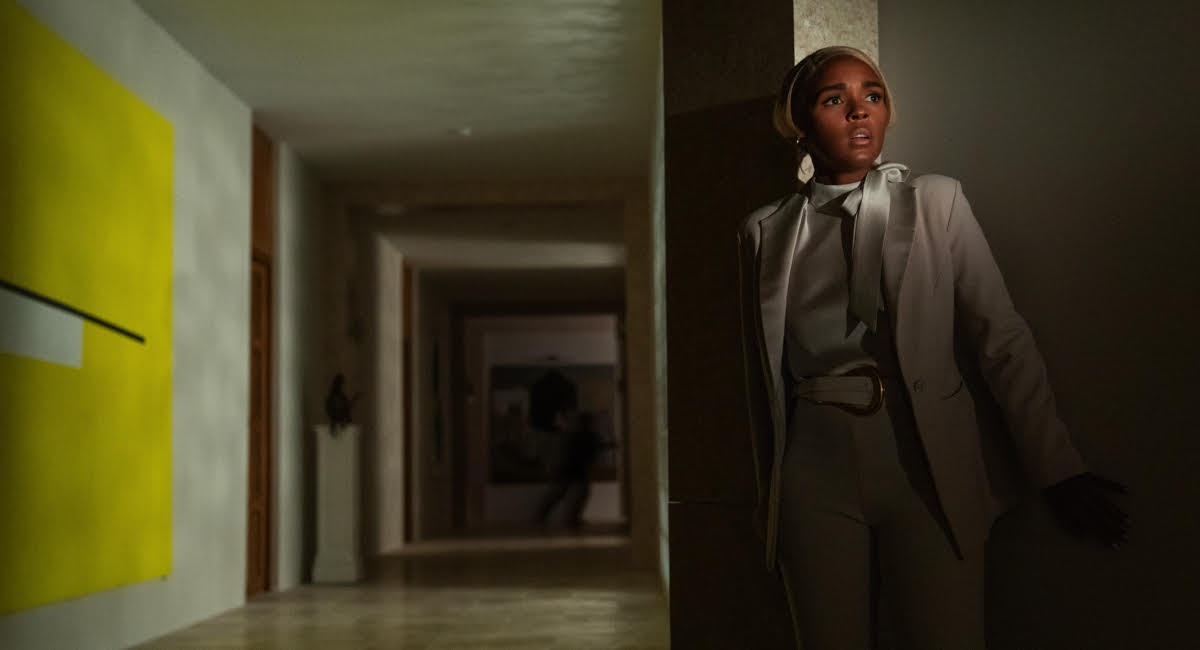 My biggest problem with movies is something that often happens when a movie that wasn’t expected to become a franchise spawns a sequel. With the sudden influx of success of the original, the general thinking was that the sequels needed to be bigger, which wasn’t always the case. With ‘Glass Onion’, moving the story from the Massachusetts mansion to the Greek island is more than enough, and already makes the film “bigger” than the original.

But Johnson wears a lot of unnecessary cameos, or worst of all, famous actors in very minor roles that distract from the rest of the project, and I’m not talking about the main cast of known actors. Without giving anything else away, there are two very acclaimed actors appearing in very small roles, basically a line or two each, and it’s very disturbing. As a member of the audience you’re almost like, “Hey, what’s that guy doing here?” There have also been several celebrity cameos in which the famous person played himself, most of which were used for effects and comic work. But with so many famous faces occupying the main roles, I felt like another stunt double was unnecessary.

The film itself starts slowly, and is about halfway through before the murders occur, and I think we could have done it quicker. There’s a clever and inventive twist, which I certainly wouldn’t give away, but let’s just say that it saves the film from a complete rehash of the original. Without it, you’re essentially looking at the same movie, an outside detective finding a murder in an exotic remote location where the “families” of the rich but despicable are all under suspicion, and finally the detective has to team up with the only respectable character in the group to solve the mystery. and caught the killer. 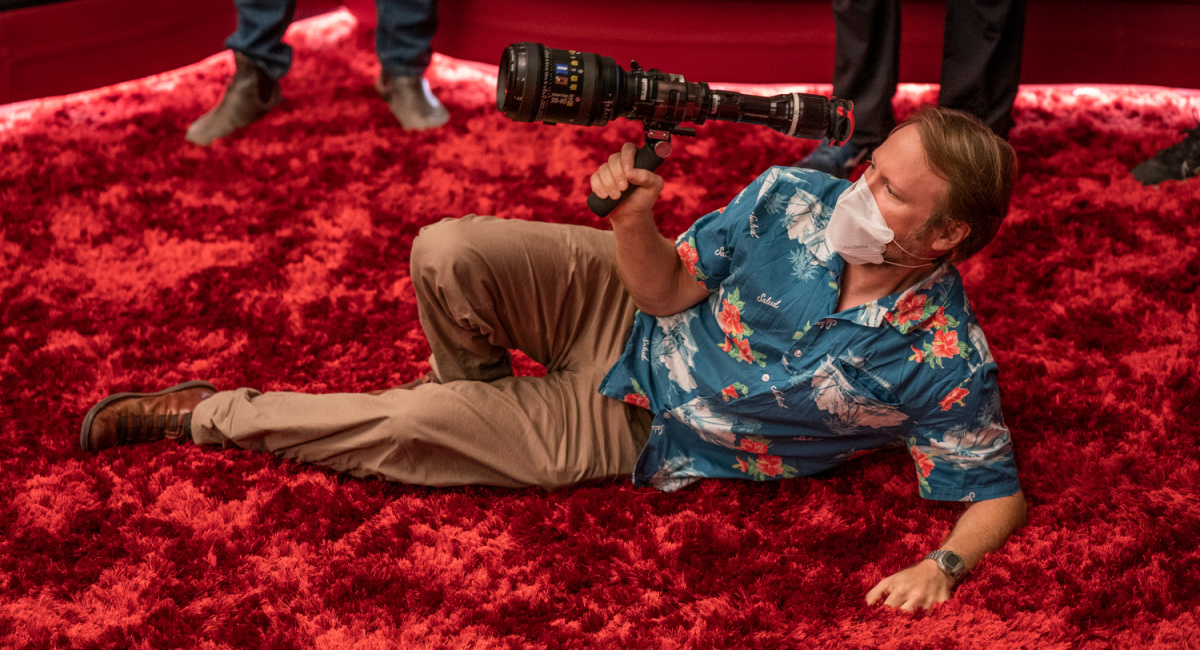 Writer and director Rian Johnson on the set of ‘Glass Onion: A Knives Out Mystery.’ Photo: Courtesy of John Wilson/Netflix © 2022.

In some ways, ‘Glass Onion’ isn’t so much a “Whodunit” movie as it is a “When are they gonna do it” movie. It’s easy enough to tell from the start of the film who the killers are, but the fun is in trying to figure out how they’re going to do it, and who are they going to kill? In that sense, Johnson makes for an interesting mystery, which is great fun and hilarious to watch.

The film also grapples with a character reprehensible to the film’s roots, as it’s difficult to know who to support besides Blanc. In fact, the main group of characters is so unlikable, it’s hard to care what will happen to them at certain points in the middle of the film, which is why it drags. But thankfully the murders finally managed to rekindle audience interest in Blanc solving the case and seeing these characters receive what they deserve.

In the end, writer and director Rian Johnson crafted another smart and hilarious mystery with ‘Glass Onion: A Knives Out Mystery’, which was beautifully shot and superbly acted, but too reliant on the original movie formula and Craig’s new signature. character. 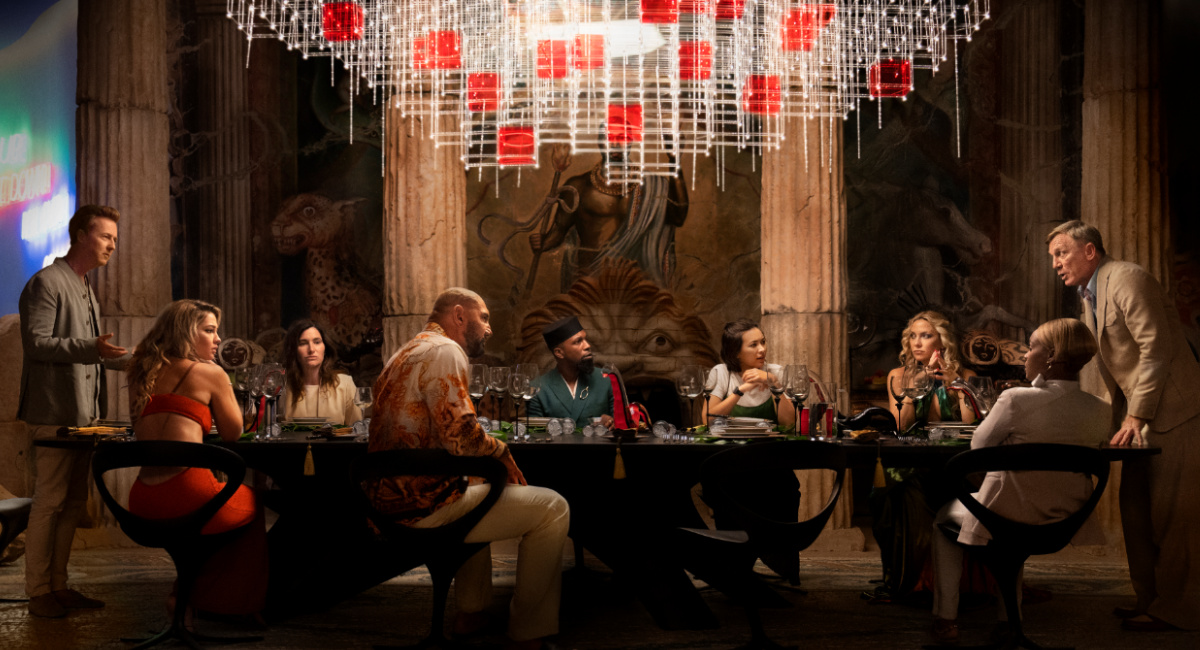 ‘Glass Onion: A Knives Out Mystery’ received 3.5 out of 5 stars. 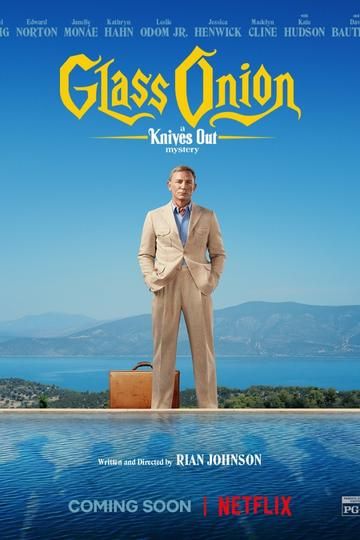 The Best Football Movies to Watch at Thanksgiving

The Last Victim review is Mo’ Country for Old Men

Ningla-A’na review is returning to cinema